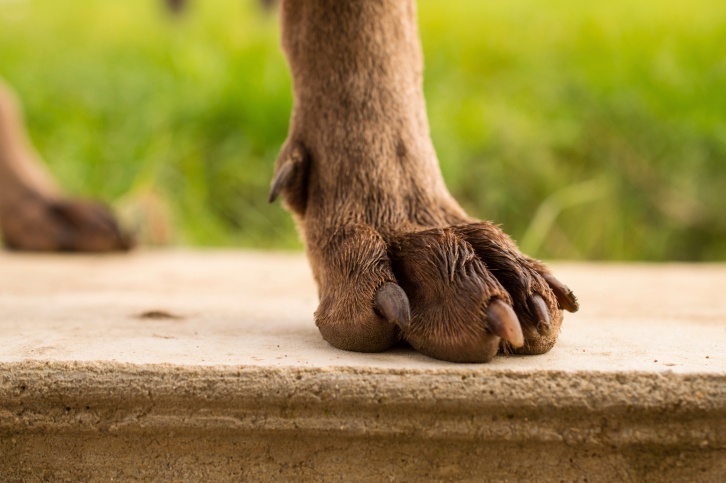 Dewclaws, also known as a dog’s thumb, refers to a vestigial digit found on the foot of most mammals, reptiles, and birds. It normally grows high on the animal’s leg in digitigrade species (digitigrade refers to an animal that walks on its toes, not touching the ground with its heels, like a dog, cat, or rodent). Dewclaws are most commonly known in canines, and these are often removed in puppies. There are some debates, however, on whether the removal of dewclaws is necessary.

· Dewclaws in Dogs. Almost all dogs have dewclaws on the inside part of their front legs, and sometimes, also on their hind legs. Unlike front dewclaws, rear dewclaws usually have little bone and muscle structure. There are times that some pooches even possess more than one dewclaw on the same paw. At least one of these dewclaws is normally poorly connected to the leg, and is often removed surgically.

· Are dewclaws lifeless appendages? No, dewclaws are surely not dead. As a matter of fact, these digits are used in lightly gripping bones and other objects that pooches hold with their paws. But in some breeds, dewclaws may not seem to be joined to their legs at all, except by just a flap of skin. In this case, these dogs have dewclaws that aren’t useful for gripping since their claws can be easily turned or folded.

· Should it be surgically removed? Because dewclaws are weak digits which are barely attached to a dog’s leg, some people argue that it should be removed.  For them, the dewclaws can rip off the pooch’s leg or easily catch on something hazardous, and then break; causing extreme pain and putting the animal at risk of infection. Nevertheless, because there are those who also believe that the pain of eliminating a dewclaw is already far greater than any other possible risk, many countries have made dewclaw removal illegal. There is, however, an exemption for hunting breeds which sometimes tear their dewclaws while running over grown vegetation.

More often than not, dewclaws are left intact nowadays. However, it’s important to inspect these “extra toes” regularly and keep the nails clipped short to avoid painful overgrowth, since they don’t wear down by walking like your dog’s regular toenails do. In fact, if left un-clipped, dewclaw nails tend to grow in a curve, embedding themselves into the dewclaw pad.

Does your dog have dewclaws? Are they just in the front or on all four of his legs? What special care do you give these extra toenails?