When we think of service dogs, we usually think of assistance for the visually impaired. Dogs being highly adaptable creatures, some trainers have taken to developing them to be helpful in very specialized ways. Within the past year, a woman suffering from severe narcolepsy had her life turned around by a dog trained to wake her from her sleep attacks. 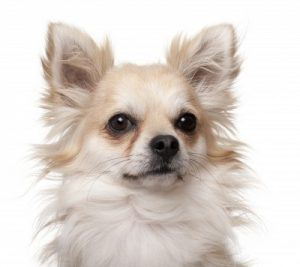 Idefix, a five-year-old mixed-breed dog is trained to wake his narcoleptic owner, Annick, by nipping her ankles or ears.

The 35 year old Belgian woman, named Annick, had been debilitated by her condition for several years until a creative doctor came up with the innovative canine solution. According to Dr. Olivier Le Bon of Tivoli Hospital in La Louvière who proposed the idea, “Annick couldn’t do simple routine tasks such as ironing or cooking because it was too dangerous if she fell asleep.” She had to rely on parental supervision throughout her daily life and would be unable to have much semblance of independence without a way to be consistently wakened from her narcoleptic episodes.

Several animal charities declined taking on the project until one under the name ‘Coeur a Coeur’ accepted. The charity specializes in training dogs to assist the hearing impaired, selecting dogs that respond more to sound. Though the first dog candidate did not work out due to a tendency to chase after trams out in public, the successor progressed well through the training. Idefix, a five year old mixed-breed dog, first learned to wake Annick when her alarm clock went off in the morning. Then, he was trained to wake her at the sound of her phone ringing or a beeping timer. Last, he learned to wake her in public when she would fall asleep while waiting for public transportation or while aboard the vehicle.

The assistance provided by Idefix led Annick to state, “I had been handicapped by my condition for many years and now I feel like I have been given a second life.”

Though this is the first case in which a dog was successfully used in treating a sleep disorder, other patients are interested in the approach and Coeur a Coeur is prepared to provide the dog training. Dr. Le Bon hopes his idea will lead to similar results for others who suffer narcolepsy.

More than ever, it is easy to argue that dogs are “man’s best friend.” They seem to be fulfilled by helping us in ever more surprising ways. Whatever may be said about dogs, it is certainly endearing to see them ever more entwined with the well-being of our species.

The article above was written for The Dogington Post by guest writer, Adam Holmes. Adam is a nature enthusiast and dog lover who enjoys communicating his passion through the written word. When he is not training or playing with his dogs, he freelances for Havahart Wireless, which specializes in progressive and humane wireless dog fences. To learn more abovt Havahart Wireless Dog Fences, visit www.HavahartWireless.com, or find them on Facebook by clicking here.