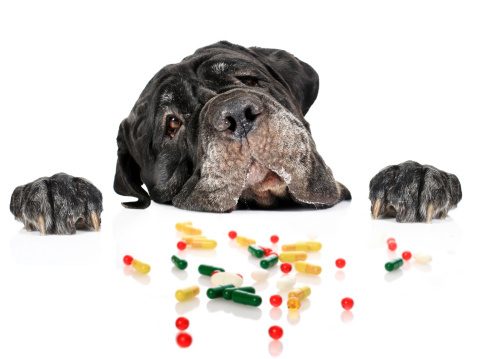 Herbal supplements are a $5 billion a year industry in America where they’re promised to do everything from calming anxiety, to easing aching joints, to fighting the common cold. Despite FDA warnings that herbal supplements are unproven and not guaranteed to work, Americans continue to purchase, and swear by, their efficacy.

But, new DNA evidence has shown that what’s written on the bottle is rarely what’s actually inside.

A Canadian research article published in the journal of BMC Medicine said,

Herbal products available to consumers in the marketplace may be contaminated or substituted with alternative plant species and fillers that are not listed on the labels.

In many cases, bottles labeled as herbal supplements contained nothing more than ground rice, wheat, or soybeans – known allergens that could pose a serious threat to consumers or the pets that they are given to.

Researchers used DNA Barcoding, the same process used to prove fraud in the commercial seafood industry in recent years, to test 44 supplements manufactured by 12 different brands. The names of brands and specific products tested have not been released, but all were pill or capsule form.

An article in The New York Times explains,

Among their findings were bottles of echinacea supplements, used by millions of Americans to prevent and treat colds, that contained ground up bitter weed, Parthenium hysterophorus, an invasive plant found in India and Australia that has been linked to rashes, nausea and flatulence.

Two bottles labeled as St. John’s wort, which studies have shown may treat mild depression, contained none of the medicinal herb. Instead, the pills in one bottle were made of nothing but rice, and another bottle contained only Alexandrian senna, an Egyptian yellow shrub that is a powerful laxative. Gingko biloba supplements, promoted as memory enhancers, were mixed with fillers and black walnut, a potentially deadly hazard for people with nut allergies.

At least one-third of all products tested showed zero traces of the labeled ingredients, while others showed minute traces mixed with other fillers, plant derivatives or ground weeds.

David Schardt, a senior nutritionist at the Center for Science in the Public Interest, said, “This suggests that the problems are widespread and that quality control for many companies, whether through ignorance, incompetence or dishonesty, is unacceptable.”

While the U.S. Food and Drug Administration requires manufacturers to test products for safety, supplements are highly under-regulated and typically considered “safe until proven otherwise.”

Shelly Burgess, a spokeswoman for the FDA said that roughly 70% of supplement manufacturers are known to be non-compliant.

When will American consumers, manufacturers, and regulatory agents step up and demand honesty and integrity in an industry that promises to improve our health and vitality, but instead puts it at risk?

So allow us to translate this for you:

What’s actually inside the bottle can be dangerous to your dogs.

Switching to human supplements is no guarantee that things will be any better.

Remember: 70% of supplement manufactures are non-compliant.

Chances are: your dogs are not protected. If the supplement price is low, it’s probably coming from China and it’s probably worthless.

Checking your supplement labels isn’t always enough. Made in the USA doesn’t mean “Sourced in the USA.” Call the manufacturer, ask questions, be proactive.