Why Do Dogs Kick When You Scratch Their Belly? - The Dogington Post 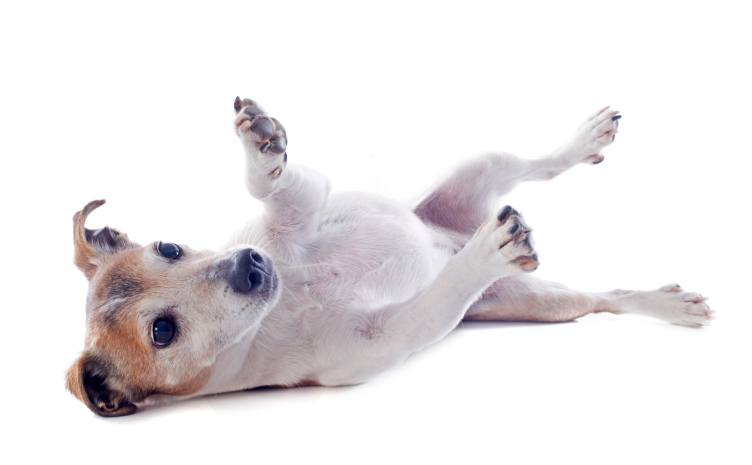 If you’ve got a dog that loves belly rubs, as many of us do, than you’ve no doubt found “the sweet spot” that gets his leg kicking. This usually happens when you scratch him in his saddle region – the belly, sides, and parts of the dog’s back. The exact spot varies depending on the dog. Some dogs have several spots that get their legs moving.

This silly behavior got us wondering, why do dogs kick their legs when you scratch their belly?

Dogs shake or kick their legs when you scratch them because of something known as the scratch reflex. It’s a completely involuntary reaction, which explains why your dog may look as puzzled as you do when it starts to happen. When you scratch or tickle your dog’s belly, it irritates him, much the same way that the wind or a bug might. It activates nerves under his skin that are connected to his spinal cord and relays a message to his leg muscles to kick in an attempt to get rid of the irritant. Of course, you’re the one both providing the “itch” and “scratching” it, so it’s a completely pointless act.

Turns out, by causing the kick, you’re actually kind of irritating your dog (who knew!?). So, if making your dog feel blissful and happy is what you’re going for, just move to another spot that doesn’t cause the kick.

The scratch reflex isn’t just a funny party trick for your dog, either. In fact, veterinarians can use the spot to identify nerve damage or neurological problems. The belly rub kick can be compared to the knee-jerk that humans do when the doctor taps just below your knee with a hammer, or how cats automatically raise their bottoms when you scratch the base of their tail.

Still, a lot of dogs realllllly love having their bellies rubbed, so if your dog is one of them – keep it up!

Does your dog love belly rubs? Does he kick his legs when you scratch him?

Related Items:do dogs love belly rubs, dogs kick their legs when you rub their belly, funny dog behavior, why do dogs kick when you scratch their belly